It is clear that one of the biggest British brands, Jaguar Land Rover has been struggling for quite some time now. First, they announced the cut of 4,500 jobs, then there was a problem with CO2 emissions in some models, causing JRL to recall almost 50k vehicles.

The latest news was quite disturbing. JLR announced a forced shutdown of their 3 major production facilities in the UK one week prior to the scheduled Easter shutdown.

The chief of PSA group, Carlos Tavares, has discussed the possibility of PSA merger or acquisition of Jaguar Land Rover. Nothing is set in stone, yet, but this could be the end of the troubles JLR has been unsuccessfully trying to rectify for quite some time now. Could this mean a brand new and secure future for the struggling British brand?

What Do We Know so Far?

Mergers and acquisitions are no strangers to the PSA group. In the past, PSA has taken some of the very poor performing automakers and helped them turn the tides, generate profits, and deliver attractive vehicles to the market. In August 2017, PSA had taken both Vauxhall and Opel.

By that point in time, these two companies were under General Motor control and were on a course of consistently losing their market share. After PSA acquisition these firms flourished. Last year’s report informs us that they have delivered a profit of €859 million ($1.376 billion).

The things that might worry the employees of JLR are the methods PSA uses to make the turnarounds possible. For instance, after acquiring Opel and Vauxhall, PSA cut almost 4,000 employees loose, shifting the production from Germany to France. Is there something similar in the future awaiting the JLR workforce?

Also, PSA didn’t want to pay any license fees to the former owner of Opel, General Motors. To avoid this, they have scrapped an almost completed Corsa development.

Instead of completing this project, PSA decided to build a brand new car based on the Compact Modular Platform, a next-generation car manufacturing method developed by the PSA. Carlos Tavares had a comment on this success: “With Opel, we have demonstrated that we can turn around a company that was in the red for 20 years, in 12 months.", and added: ”So this is something we know how to do.”

If you are interested in the car manufacturing industry, you’ve probably heard about the PSA group before. It is one of the largest groups in the automotive industry. PSA currently owns Vauxhall/Opel, DS, Peugeot, and Citroën.

Most of these car manufacturers became part of the PSA group through acquisitions and mergers. The latest addition is, of course, Vauxhall/Opel, whose purchase was handled by Carlos Tavares in 2017.

The current owner of British Jaguar Land Rover is Tata Motors, a renowned Indian firm. Beside the regular reliable vehicles JLR produces, there is one more thing that makes JLR the target of a possible PSA merger or acquisition – their luxury cars.

When you take a closer look, none of the firms under the PSA wing produce luxury cars with the reputation and credibility that JLR’s models offer.

According to Tavares, PSA is on the lookout for opportunities across all markets, and adding a luxury brand such as JLR is a completely viable option. Tavares said that “as long as it’s not a distraction” every opportunity should be carefully assessed.

JRL Takeover a Rumor or a Fact?

Tavares did not exclude the option of the PSA group looking to add a luxury brand in the near future. He said: ”Why not? Why shouldn’t we discuss it? It depends on what kind of value creation we could generate.” The PSA group is currently working on a broad scope project: “Push to Pass”.

This project is designed to will help them expand and grow into a global vehicle manufacturer. They target markets in India, Russia, and the US. By focusing on electrification and digital technology, the PSA group wants to deliver a brand new driving experience to customers all around the globe.

Meanwhile, Tata Motors remains crystal clear about their future intentions. In a recent interview, Tata Motors stated that they do not intend to sell Jaguar Land Rover: “There is no truth to the rumors that Tata Motors is looking to divest its stake in JLR.” But this certainly raises some questions.

It is quite the opposite. Tata Motors consistnely dismisses all reports regarding its intentions to sell JLR. Tata Motors remains committed to the British car firm willing to invest in the companies long-term growth and stability, despite all the acquisition rumors and the fact that JLR is hit by decreasing demand of both diesel and saloons cars.

“I would like to clarify that we remain committed to the long-term growth and success of JLR. JLR will continue to face global headwinds being experienced by the auto industry and, to address them, the management is taking the right steps to drive operational excellence, whilst continuing to invest in innovative products and technology to stay competitive globally. There is no truth to the rumors that Tata Motors is looking to divest our stake in JLR or discontinue the Jaguar brand.”

At this point, we can form our expectation on facts only. Yes, the PSA group is looking for new opportunities on the market and would like to add a luxury brand, but at the same time, Tata Motors is very clear about JLR not being on sale. 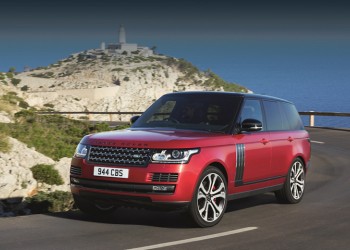 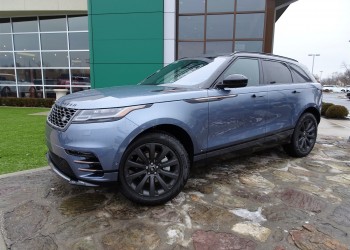 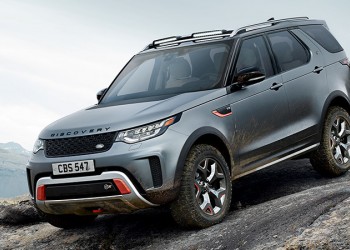 Land Rover says that the Discovery SVX is not just a new model in the Land Rover Discovery lineup, but the most extreme vehicle that the company has designed so far. It was created by Special... 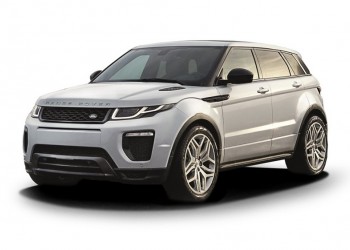