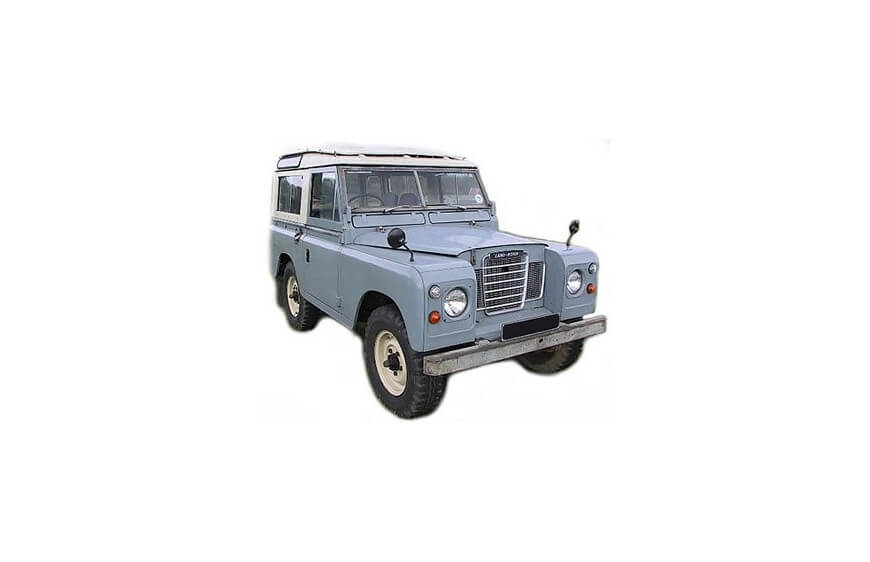 The Land Rover Series 2 faced the production from 1958 to 1961. From the very beginning the model came in 88 inches and 109 inches wheelbases and with new 2286cc 4 cylinder engines which worked on petrol or diesel, leaf springs and drum brakes. Immediately after being produced in 1958 the Series 2 Land Rover built on the reputation of his predecessor Series 1 Land Rover, which was launched almost 10 years earlier.

That was the first Land Rover model that received the attention of the Land Rover company’s leading stylist David Bache, who created the well- known “barrel side” waistline of Rover to cover the car’s wider track. He also improved the whole design of the car can variant, presenting the curved side windows and rounded roof that is still used for manufacturing of current Land Rovers. Series 2 Land Rover was also the first car to be equipped with the familiar 2.25-liter petrol engine, though the first models used the 2.0-liter petrol engine taken from the Series 1 models. The larger petrol engine was able to produce 72 hp, or 54 kW. 2.25-liter petrol engine became a standard of Land Rovers until in the middle 1980’s diesel engine changed it due to the bigger demand.

In 1961 the Land Rover enthusiasts could see the improved Series 2a Land Rover upgrade and optional additions, like heaters, passenger wiper motor and door locks which were becoming the standard features of Land Rover Series 2 vehicles. All the efforts of the company manufacturer resulted in the globe-wide love of drivers to Series 2 Land Rover. For some off-road driving enthusiasts the smashed lights, dented panels and wonky bumpers are seen as a badge of honor but for others a Series 2 Land Rover is a thing of greatest pureness and beauty for which only high-quality Land Rover Series 2 parts should be bought.

Today finding Land Rover Series 2 spares and accessories that would fit old models of Land Rover could be a really difficult task. That is why UKAR AUTO online shop for many years has been proud of providing high-quality Land Rover Series 2 parts and Land Rover Series 2a parts and being the leader in the market. If you are looking for the Series2 Land Rover parts and Series 2a Land Rover parts to repair you vehicle after a weekend of off-roading or starting from scratch with the project of restoration of you baby, or just to do a routine maintenance, UKAR AUTO online shop is the trustworthy place where you can get needed or desired for the best competitive price. If you are planning to have a big repair job, in our catalogue you can also find kits for all major Land Rover systems.

UKAR AUTO shop supplies all the Land Rover Series 2 spares from wheel arches and front & rear lights to wing mirrors and Exmoor Trim upgrades. So, if you want to be sure of receiving reliable and durable Series 2 Land Rover parts and Series 2a Land Rover parts, then take a look at UKAR AUTO’s catalogue. All you need is to choose the engine of your Rover and year of its production. If you have problems with finding the needed Land Rover Series 2 spares, feel free to contact our experienced technicians, who will find exactly what you need and order that for you for the best price. If you have questions or recommendations for the new Land Rover parts for our catalogue, please contact us. With UKAR AUTO shop you will get parts for your Land Rover in a shortest time. More than that, every customer of UKAR AUTO shop gets a 30-day Guarantee of having money back in case of receiving damaged or wrong details for the vehicle. Do not forget to check back often for the new Land Rover Series 2a parts and accessories for the most competitive price.