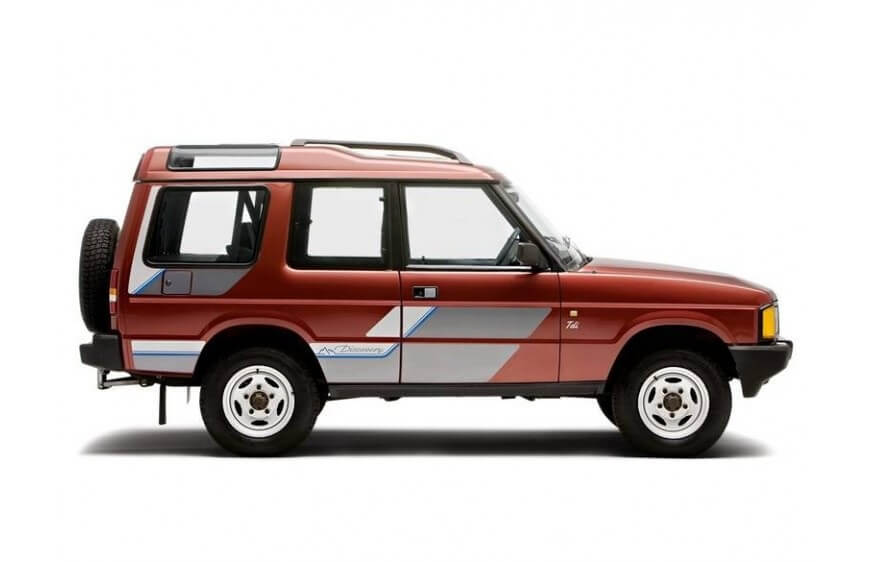 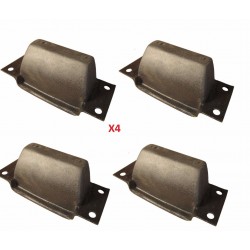 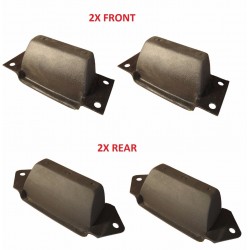 The Land Rover Discovery is a luxury SUV of middle size, which is produced by the British car manufacturer Land Rover. Land Rover Discovery is presented in five generations launched in 1989, 1998, 2004, 2009 and 2016. The Discovery 1 was first presented in the UK in 1989 under the company’s code name “Project Jay”. The new model was based on the drivetrain and chassis of the more upmarket Ranger Rover, but for the lower price in order to satisfy the needs of a larger market segment and to compete with vehicles offered by Japan.

Discovery 1 is the only generation of Range Rover with four-cylinder engine that works on petrol. Initially the vehicle was available only in a three-door body style version. The five-door version was presented in 1990. Both versions had five seats and an option to have two jump seats which were fitted in the boot. Land Rover company asked Conran Design Group to create the unique design of the Discovery 1 interior. In fact the Discovery 1 design won a British Design Award in 1989. Much of the vehicle construction was made of “Sonar Blue” plastic, with magazine holders above the windscreen, hand-holds for the passengers and remote radio control. Despite these specific features, the basic of Discovery 1 interior was taken from other vehicles of Range Rover Group, like Maestro and Montego.

In 1992 the Discovery 1 faced several improvements. The interior of Discovery 1 was offered to be made of the traditional beige, the automatic transmission became available on the 200Tdi models and the “SE” pack was adapted as an option. Later the Land Rover Special Vehicles proposed the commercial version of Discovery with two seats and three doors. Before 1994, the Discovery 1 was presented in either 2.5-litre engine or 3.5-litre one. Anyway, Discovery 1 is a breathtaking and functional car which perfectly suit any terrain and which is capable of carrying up to seven people wherever they want to go. Having an attitude of Defender but a style of a Range Rover, Discovery 1 is a great crossover between the two remarkable designs. Discovery 1 can be attached with various accessories such as snokers, dog guards, jerry cans, lamps, jacks and light guards as Disco 1 has a unique ready- to- go "behaviour".